Von Bolt is a Black Hole CO, known for his all-around above average units.

A 2-range missile deals 3HP damage and prevents all affected enemy units from acting next turn. The missile targets the opponents' greatest accumulation of unit value.

Von Bolt, like Hawke, trades being more efficient in battle for very long CO power bars. Von Bolt, however, does it to such an extent that he will crush non-broken COs (even the likes of Hawke) if they dare to fight him head-on. However, picking Von Bolt means you're practically playing without CO powers; be careful around COs with strong CO powers like Andy, Eagle, Olaf, Rachel etc. Playing vs Sasha will mean you never get to use Ex Machina, but never mind that, you'll have the upper hand ~70 of the time, anyway; force her to really outplay you.

Since his Ex Machina takes ~20 days, give or take 3, to charge up, try to gain enough of an advantage to be able to weather whatever CO Powers the enemy might have. Getting into a Tank rush is the easiest way to gain such an advantage, but never discount the possibility of indirect standoffs; Von Bolt does well in such situations: not only do his units deal more damage, his meatshields have increased defense, too.

By the time you have Ex Machina ready, you should be winning vs most COs if they don't have powerful CO powers; hit the nail on the coffin with your own personal laser beam. If you're not, use your Super CO Power, anyway, and:

These above options may or may not have to be random. Kill some units that are not part of the target if it can help "aim" the laser, a la Rachel style. 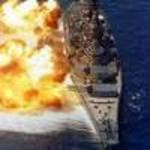